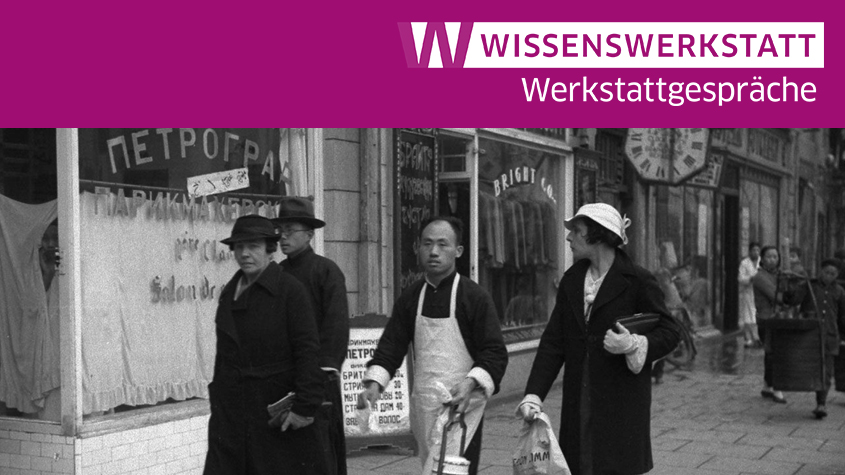 We cordially invite you to participate in the following presentation on 9 August 2021, 5 pm, organised by the Wissenswerkstatt and the Eastern Europe Department of Staatsbibliothek zu Berlin:

Spaces of the diaspora: the Russian émigrés in European and Asian cities in the first half of the 20th century

The spatial approach to the history of the Russian diaspora is an invitation to step away from the issues of displacement, adaptation and cultural identity, and to explore the intersection of urban history and literary studies. Looking at the built environment and city-writing through the lens of the émigré experience helps generate new knowledge about both the diaspora and the places it inhabited. Using the example of Shanghai, where tens of thousands of ex-Russia sojourners made their home in the 1920s–1940s, we will reconstruct the architectural legacy of the Russian community and its lasting imprint on the city. In a parallel line of enquiry, the written testimony of the literary Russians in the post-First World War Berlin opens a new window onto the early stages of the city’s transformation into the global capital of the Roaring Twenties. Lastly, a comparative assessment of reflexive émigré prose and journalism in various locales – Constantinople, Berlin, Paris, Shanghai – questions the roles of the individual, the society and the physical space in the diaspora’s ability to create a lasting self-portrait. The presentation will also touch on the accompanying digital projects, such as the virtual Necropolis of the Russian Shanghai and Metromod: Spaces of Exile, which link the history of “Russia Abroad” to the global history of migrations and digital humanities.

Katya Knyazeva, from Novosibirsk, Russia, is a historian and a journalist with a focus on urban form, heritage preservation and the Russian diaspora. She is the author of the two-volume historical atlas Shanghai Old Town. Topography of a Phantom City (Suzhou Creek Press, 2015 and 2018). Her articles on history and architecture appear in international media and her blog http://avezink.livejournal.com. Her scholarly writing can be found in Journal of the Royal Asiatic Society China, Global History and Built Heritage. Knyazeva received her second Master’s degree at the Bologna University and is presently a Research Fellow at the University of Eastern Piedmont, Italy. Her doctoral dissertation focuses on the literary and spatial dimensions of the Russian émigré experience in the cities of Europe and Asia in the first half of the twentieth century.